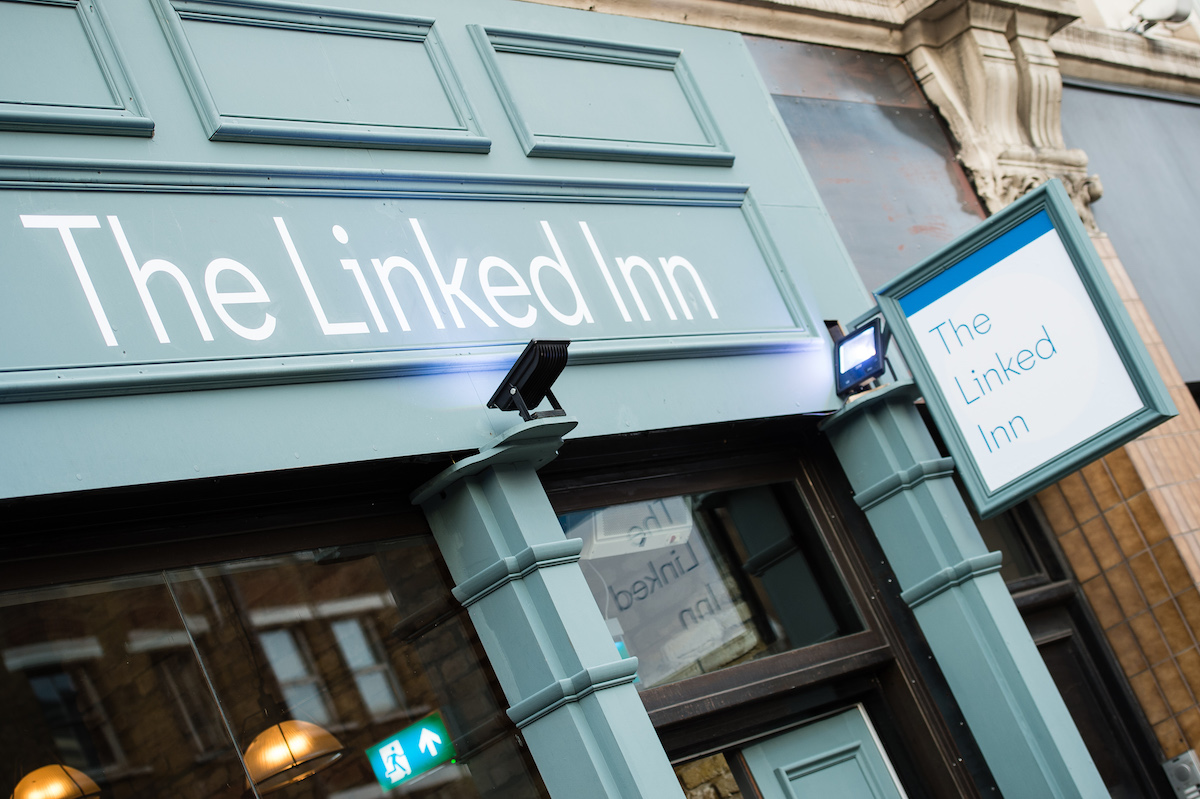 The Linked Inn: An Alternative Way to Find Your Dream Job

Working in recruitment, we understand how stressful it can be to look for a new job. In a survey carried out by Linkedin last year, they established that an astonishing 45% of job seekers found the idea so daunting that they would rather go to the pub than spend time searching for a new role!

From this survey, The Linked Inn was born.

The Linked Inn is a new initiative set up my infamous social media platform, Linkedin, as part of their #InItTogether campaign that aims to connect ambitious and diverse businesspeople with the philosophy that collaboration is the key to success.

As such, Linkedin have begun to introduce pop-up pubs, aptly named The Linked Inn, in cities across the UK. These pubs are designed to mix socialising with job seeking so that rather than procrastinating at the pub instead of job hunting, you can combine the two!

The first event occurred in Shoreditch in March 2019 and was a staggering success, attracting over double the number of attendees than predicted.

The events are essentially a modern and less-awkward version of a careers fair, whereby potential candidates can meet employers and recruiters to discuss their skill sets and career goals in a relaxed and informal environment.

This allows candidates to meet employers and recruiters that they may not have otherwise had the opportunity to meet with. For example, this March employers such as The John Lewis Partnership, ASOS, Amazon and Lloyds Banking Group all attended the event.

Additionally, Linkedin representatives were on hand to offer free and helpful career advice over a drink or two, whilst a professional photographer was there to secure jobseekers a new Linkedin profile picture to better their chances of success.

The phrase “it’s not what you know, it’s who you know” springs to mind here. Whether attendees ended up securing a role with any of the employers that they met with is somewhat irrelevant – although of course congratulations to those that did! My point is that The Linked Inn gave people, who ordinarily perhaps wouldn’t network, the opportunity to do so in a casual and less intimidating setting than traditional networking events.

Linkedin’s own Head of Branding, Darian Faraz, described the event as “a more refreshing way to find a job.” With the rate of digitalisation within our current climate and subsequently diverse means of seeking a new role, the refreshing nature of The Linked Inn is particularly poignant.

This revolutionary pop-up pub is set to appear in both Bristol and Manchester within the next week and hopes to achieve the same impressive results that it did in Shoreditch. With any luck, The Linked Inn’s next destination will be Oxford! Or, failing that, perhaps a Thompson & Terry Inn will emerge in the future…